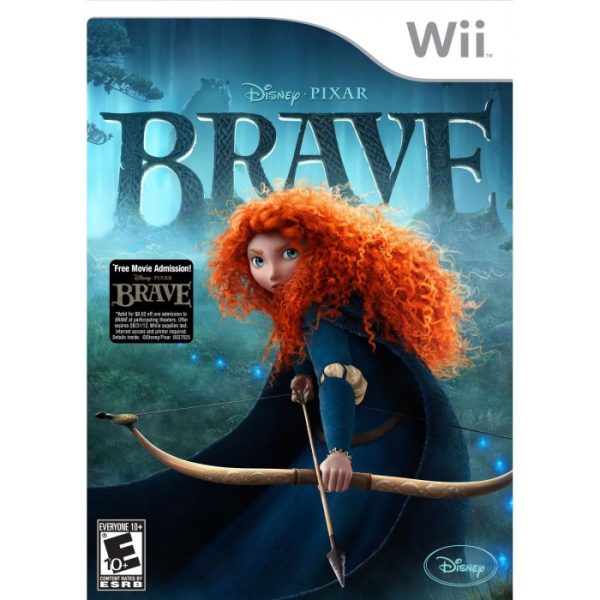 Based on the Disney/Pixar movie Brave, the new animated fantasy adventure has now been introduced in video game format. Brave is available for Nintendo Wii, Nintendo DS, Xbox 360, Playstation 3, and PC, all at a discounted price.

This Video Game, Brave, encourages the players to jump, dodge, run, climb and battle their way through the amazing landscape of mythical and mysterious Scotland. Using wits and bravery, players will wield a sword and pull back a bow and arrow to conquer the enemies. Be Brave and uncover the secrets and break a magical curse in this third person action game.

Discover new costumes and choose different ways of playing the game – including single player or ‘bear’ – coop mode. However or whoever is playing, Brave the Video Game will surely excite your mind and bring you to a magical land where you will use the games special features to save the Kingdom.