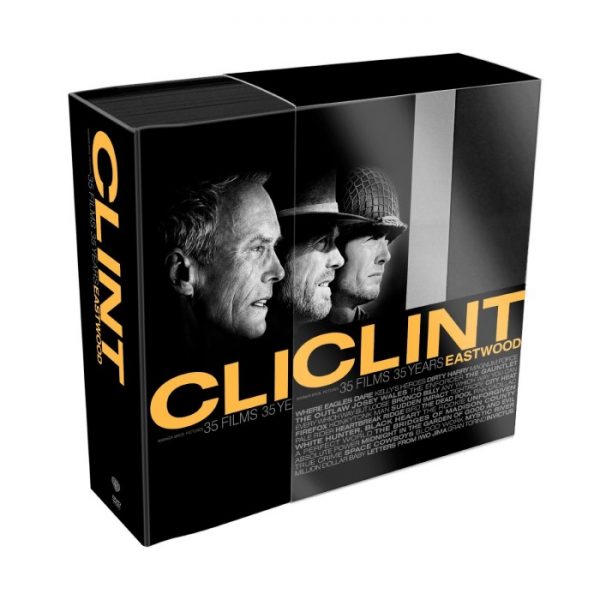 Warner Bros is celebrating Clint Eastwood with this wonderful set. The Clint Eastwood: 35 Films 35 Years at Warner Bros. highlight the comprehensive quality and depth of his work. Hollywood legend Clint Eastwood has touched generations of film goers. The five-time Academy Award winner left his mark as one of Hollywood’s most iconic actors and insightful directors.

In honor of Clint Eastwood’s long standing 35 year relationship with Warner Bros., this ultimate collection commemorates Eastwood’s entire filmography at the studio starting with the film Where Eagles Dare (1968) all the way through Invictus (2009). Also included is a comprehensive documentary about Clint Eastwood’s life and career produced by esteemed film critic and historian Richard Schickel, featuring in-depth interviews and revealing, intimate footage that has never before been seen.

Clint Eastwood: 35 Films 35 Years At Warner Bros. is wonderfully packages in a gift set and will look very nice displayed in your home. The set is not overbearing as the discs are double sided which is really convenient. 35 Films 35 Years will keep you busy for weeks, the hardest decision will be which film to watch next!