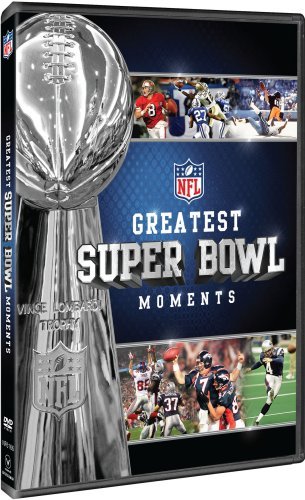 From the first World Championship of Pro Football in 1967 to the epic clash in Arlington, TX in 2011, Greatest Super Bowl Moments I – XLV details highlights and key moments of each Super Bowl.

Using NFL Films footage, sideline sound and exclusive player wirings, this DVD is THE historical tome of the greatest spectacle in pro sports. Leave a comment for us below and tell us which Super Bowl is your favorite to watch and which NFL play was the greatest of all time?