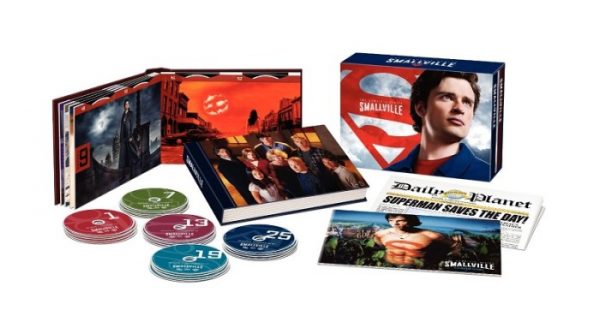 Take home the amazing ten season hit that redefined the origins of the world’s greatest hero, Smallville – the complete box set. Smallville will take you through the life of Superman, from Clark’s landing on Earth through the exploration of his own powers during his teen years to Clark Kent’s final steps toward embracing his destiny as the Man of Steel. Re-live a decade’s worth of surprises, highs and lows in this Complete Series of Smallville – 218 episodes in a spectacular 62-Disc Set that includes 2 bonus discs of added special features. Don’t miss this deal, get your Complete Series of Smallville on DVD before the price goes up, up and away!