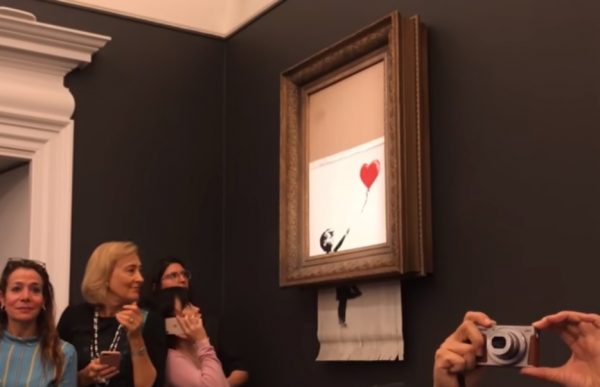 Art has been present ever since the dawn of man. One of the earliest known written histories of prehistoric peoples came from cave drawings or cave art.

The most famous of which involves methods and ways our ancestors hunted and gathered food. The Lascaux cave in France is one of the widely known caves with prehistoric artwork inside it. It has around 600 paintings of animals hand-drawn by men and women who have lived almost 20,000 thousand years ago.

It is no wonder that even today, art is still making such a prominent mark in our lives. Art is around us at all times.

From paintings and various images to woodturning, making music, and videos, art can affect how your daily life goes.

Art can make you happy or melancholic, inspired or apathetic, or confused and enraged. It is the mere existence of art alone that sparks the emotion of the human being. It is the reaction that art wants to achieve.

Looking outward, art has become a business to a lot of people. Yet only a few realize that they are engaged in a heavily art-the adventure.

Our connection to creativity has sustained millions of people through art through the ages. The reason why people buy, listen, or look at art is that we appreciate what is put in front of us.

One of the most ingenious showings of art in the modern era is Banksy’s painting which was ripped to shreds. As soon as it was sold for 1 million British Pounds, a hidden mechanism was activated causing the painting to be shredded halfway through.

The Girl with the Balloon (2006) was transformed into Love is in the Bin (2018). It is said that it was the first artwork in history to be created and sold in real-time.

One does not have to be extremely radical like Banksy to make a killing for artwork. As mentioned – art is everywhere. There are plenty of ways you can create art and kick a profit. However, is that really the point?

A lot of people are making a career out of art but are failing to realize that what they do is art by itself. How can you move forward and express art as a craft? How can one fully express themselves through their own form of art?

First, you have to find an art form where you can express yourself. Art can be difficult to distinguish from the daily things you experience in life.

A person engaged in mobile game development outsourcing would never in their entire lives expect others to treat their game as art.

However, for millions of gamers, their game could be a lifesaver in the face of hours of commuting every day. For them, the game is an art form.

Advertisers, for example, never treat their work as an art form. For them, it is simply a career they pursue. If you look at their portfolio and the many ways they convinced people to pay attention to the product they are marketing, you will notice the style and method they used. Sometimes, they can be beautiful; all the time, the work can be pieces of art.

Engineers who construct the most beautiful and efficient engines never associate their work with art. Yet a lot of the modern machines constructed would have never been built without an absurd amount of creativity. The Japanese bullet trains, for example, would not have been as fast as it is now if not for the ingenuity and the art applied by the engineers who worked on the train.

Never be scared to be starting old. No one is too old to start perfecting their own art. There are plenty of late bloomers who have affected the art world in impactful ways. Mary Delany became an artist in her own right at 68 years old.

She continued for the next 20 years of her life. To cope with being widowed twice, she expressed her emotions through her artwork. Now, her art is adored around the world. Michaelangelo Simoni, or just Michaelangelo, never stopped painting and creating artwork until he died as an 88-year-old man. He propelled Renaissance art to new heights and popularity and changed the art scene forever.

Whether you are engaged in music or making films, art will never come to fruition if you never do the active part of art expression.

While art can be great inside your head, you must remember that art is an experienced form of media. You can never express yourself if you don’t do the act of performing the art form.