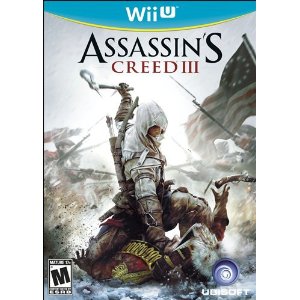 Assasin’s Creed III for Xbox 360, PlayStation 3 (PS3), Nintendo Wii U and PC. Imagine the year 1775, The American Colonies. Political tornado’s, wrestles citizens, complete chaos and civil unrest is playing out in the Americas. A Native American Assassin battles to protect his land and his people, a revolution is born. Assassin’s Creed III takes you back to the American Revolutionary War – but it’s like nothing you’ve ever read about, it’s real, it’s everything you were never taught in the history books.