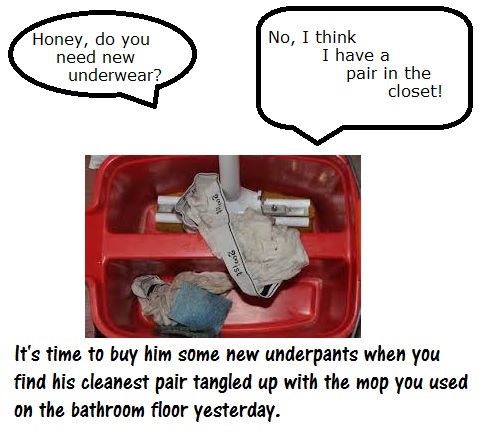 LOL made you look! I hope you’re having a great day – just tossing some underpants humor in the mix!

For instance, if you find your man’s cleanest pair of underwear tangled up with the mop that you use on the bathroom floor….well, it’s probably time to open up the wallet and buy him a bunch of new underwear.

Actually, it’s time long before it gets to the point where his underwear are tangled up in the utility closet with the mop. If your man is in need of new underpants, whether it be tighty whities, boxers or briefs, shop for new men’s underwear here….before it’s too late!