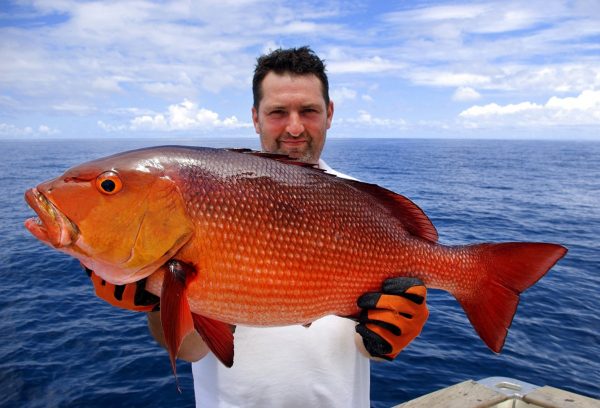 A fishing trip is a great way to have fun with friends or family, learn new skills and know more about different fish species. It also gives a great feeling of achievement when you reel in that huge catch.

The fun is in the experience of catching them, and then you get to feast with the family, either cooking it over the campfire or serving as a main dish to pair with your lemon garlic broccolini.

Several things to consider when you go out fishing are the weather and water condition, baits and equipment. Knowing when a particular species shows up is also vital for you to have an abundant catch.

Whether you’re doing your own fishing trip or joining fishing charters, here are some tips to effectively capture the usual top catches:

Mackerel is usually available all year-round and typically lives in coastal waters. In catching them, look for areas with shallow reefs or banks to hold bait against the edges. When the wind and tide push the bait at these points, they are more likely to produce mackerel.

One of the most effective ways of catching mackerel is to use feathers, small bait fishes, and ones with metallic reflector strips to sparkle in the water. In the morning or late afternoon, you can use three ganged hooks. Remember that the less sun that reflects on the water, the better.

You can also try to troll them at various depths to see which depth the fish are seated. Remember to change your technique in catching mackerel every time as they are not caught in the same way.

Snappers come in large numbers usually in southeast Queensland for the spawning season. They become distributed when the water temperatures drop in late autumn or early winter.

For you to catch a larger snapper, some things to consider are their feeding patterns, tide and moon phase. Some productive times in catching them are a couple hours after the moon is at the uppermost part of the sky, the first light of the day and during a sunset.

To attract them easily, put something shiny on the bait and go to the deeper reefs to attract those in darker waters. To catch a bigger one, try using a large sinker or one with metal jigs.

The usual spawning season for cobia lasts eight months until about Easter. When they begin to search for food, they go to the shipping channels, particularly the north of the Main Channel. This is a good chance because they are usually composed of bigger cobia, and you can catch ones weighing more than 25 kg.

Huge cobias are somehow simpler to catch as they are always willing to eat live baits. You can use sand crabs, small snappers or just about anything will do. However, later in the season, they can be pickier in their eating habits but most times, they just devour anything live. Other live baits include scad, herring or grinners.

Bigger baits are used as they bring out the aggressive side of cobias. A standard bait jig with 6 to 8 hooks is usually used. You are likely to use around 30 to 40 baits in a single cobia fishing session. You can also use slim baits as bigger sinkers can tear the hooks out of the fish.

High season for catching marlin is January to June and December. Key indicators of their arrival are warm waters and the appearance of numerous baits. They are usually found in the shallow reefs until the end of February.

Black marlin are known to eat up a lot of bait fish. To locate bait schools, use a depth sounder and when they begin to round up in the water column, it is usually a sign that predators like marlin are feeding.

Lure colour is vital when trolling for marlin. If the colours you selected aren’t working, change them after a few moments. It takes several changes to know which one works well for the day. Usually, pink or purple is more productive. At times, green can also be considered to have good results.

When using live baits, set them at different depths. They are either deep down the water or staying near the surface. It is best to set one bait about 10 metres and slightly higher for the second one. Another way is to secure a sinker to the trace. Once the fish bites the bait, the sinker will break away and you can proceed to start reeling it in.